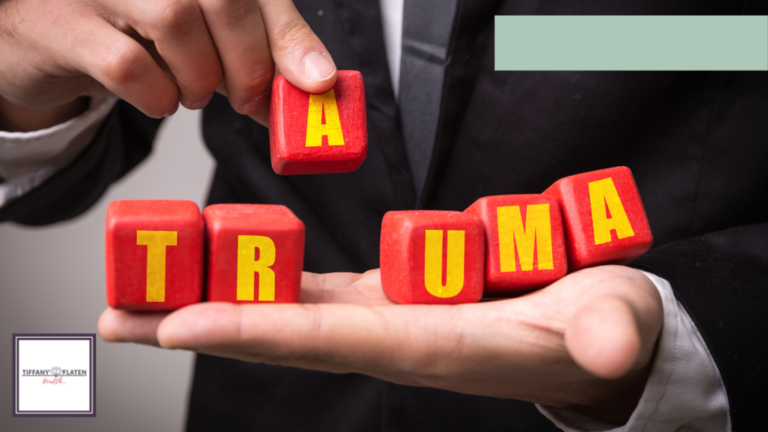 In our recent Rock-Bottom Wellness podcast our guest was Michael Anthony, the author of the bestselling book Think Unbroken and a coach, mentor, and educator for adult survivors of child abuse.

Michael was born to a hyper abusive drug-addicted mother who cut his finger off at four years old, a stepfather you pray you never have, and was adopted by a racist grandmother that pushed him into an identity crisis.

Aged 18, Michael decided that money could solve his problems, so he got a job in a fast-food restaurant and worked hard. By the time he was 21, he had a six-figure salary with a Fortune 1,000. However, aged 25, Michael found himself morbidly obese, drunk daily, and self-sabotaging everything he’d achieved.

It was not until his “mirror moment” that he began to work through his childhood trauma and life really began. Now, Michael Anthony spends his time helping others to become the hero of their own story and take their lives back.

At 25 Michael was 350 pounds, smoking two packs a day, and drinking himself to sleep. It was looking at himself in the mirror one day that turned his life around. He told me about his “mirror moment’” here.

“I’m laying in bed. It’s 11 o’clock in the morning. I’m smoking a joint eating chocolate cake and watching the CrossFit games. Like, if that’s not rock bottom, I literally don’t know what it is. And so I go into the bathroom and I look at myself in the mirror.”

He faced himself honestly and his self-disgust while asking what he was willing to do to have the life he wanted.

“And the words, no excuses, just results started reverberating in my body. … that moment was a catalyst for everything my life is.”

Break Free of the Vortex

Michael explained how being willing to face his fears was the path to healing, by reclaiming his personal truth. He describes a process of taking ultimate responsibility and deciding to leave his inner vortex of self-defeating thoughts, feelings, and behavior.

“It’s those, those thoughts, that damage, that, that hurt that, that shame, that pain, that guilt, that suffering, that thought that you’re broken. That’s the vortex. “

How to break free? Mindset is everything. He explains:

Breaking free of the vortex involves changing your mindset. In short, being kind to yourself, investing in yourself, and committing to building the life you want to live.

I asked Michael how he made the leap. Reflecting on his own mortality was key. He didn’t want to die full of regrets about not doing the things he wanted to do out of fear.

Living moment to moment, fully present, and committed to growth was his path to healing. It’s the path he shares with his clients and in his book.